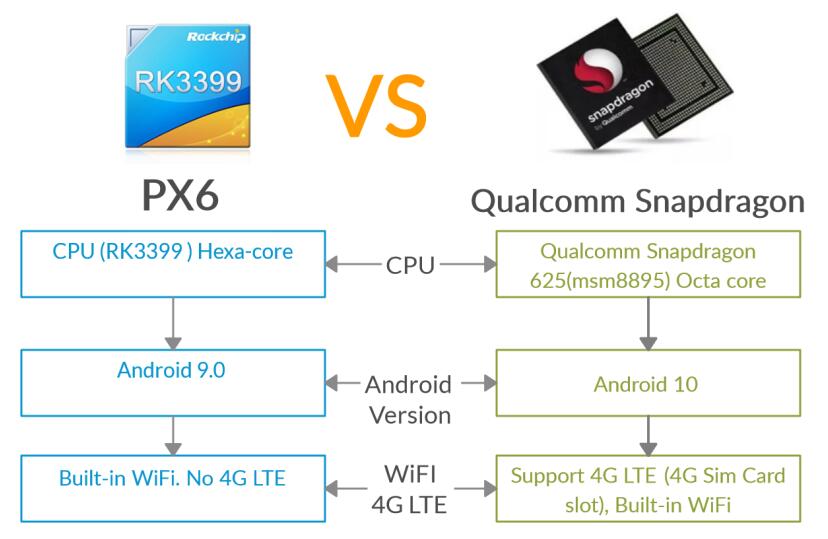 How to choose it? PX6 or Qualcomm models?

1) The 4G function relies on your local 4G network, if the 4G network is not so good in your country,

then no need to choose the Qualcomm model.

2) If your country with a good 4G network, and you also need to use an online map & internet regularly.you can choose the Qualcomm model

With the offline map, you can use the navigation map even without the 3G/4G internet.
If the map needs to update, just connect to the internet (by WiFi or hotspot) and update it, that is easy!

B, About the Android Version.

For the PX6 model, it is android 8.1 OS when it came to market (about May - 2018), after six months, it upgraded to android 9.0, but the functions are the same as android 10, you can't really tell the difference for day-to-day usage.
So, in my opinion, it also not a very big problem for the android version, some people still using the models based on android 4.4 os.